Posted by Marc Anderson from huffingtonpost.co.uk·May 11

The Commons Treasury Committee published the former PM’s communications ahead of an evidence session with the firm’s founder Lex Greensill.

Its inquiry is one of a series of probes, including one launched by Downing Street, as Westminster looks to understand the role Cameron played in securing Whitehall access for the company.

Greensill is now being investigated by the Financial Conduct Authority, having received allegations relating to the firm’s collapse that were “potentially criminal in nature”.

Both Cameron and Greensill, who reportedly claimed to be a Downing Street adviser under the former PM, will give evidence to the Commons Treasury committee on the firm’s collapse this week.

Before they gave evidence, the committee published Cameron’s messages to ministers and officials.

And wow, they are toe curling.

Here are the most cringeworthy moments as Cameron tried and failed to secure access for Greensill to the government’s Covid Corporate Financing Facility (CCFF): 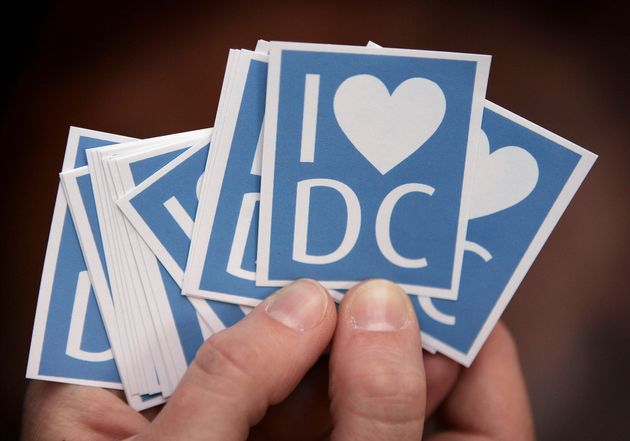 Cameron’s lobbying began on March 5 2020 with a message to the Treasury’s top civil servant Tom Scholar.

He was Cameron’s Europe adviser, during the ex-PM’s ill fated renegotiation of the UK’s relationship with the EU that preceded the Brexit vote in 2016.

But that bruising experience doesn’t appear to have soured their relationship.

Cameron had one ask: for a phone number for Sir Jon Cunliffe, deputy governor of the Bank of England.

But signing off, he asked Scholar: “Can I give you lunch once the budget is done? Love Dc.”

It appears to pay off, as two hours later a call was set up between Cameron and Cunliffe, according to the messages.

Once again, he signed off: “Love Dc”. 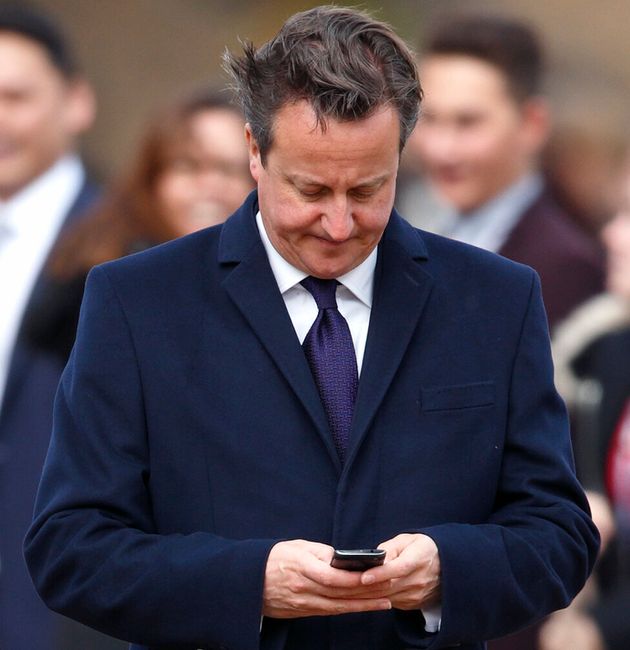 A couple of weeks later and all is not well for Cameron.

On the night of April 1 he tells Scholar a decision on Greensill’s involvement in the CCFF is “getting urgent”.

The next morning, he seeks to underline this point with that most desperate of texting techniques - CAPS.

“Greensill do early payment in the NHS. All your Pharmacies are paid immediately {by us) rather than waiting months for the NHS to cough up. That is CASH (effectively very cheap credit)into businesses NOW, rather than waiting ages for action by banks.” 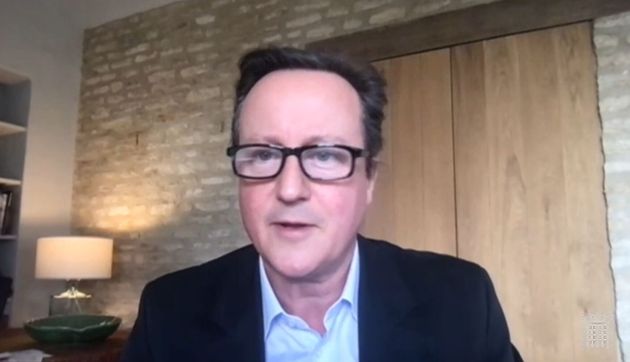 By this point, the UK was heading towards its first coronavirus lockdown.

But it did not stop the intense lobbying efforts by Cameron, who regularly addressed arguably the biggest crisis since the Second World War early in his messages before turning to the business at hand.

In one text to Scholar, Cameron wrote: “Thinking of you in these impossibly difficult times. Glad you are at the helm.”

In another, he said: “Hope you are staying calm”.

Later, while texting a senior minister (more on this below), Cameron acknowledged they would be “maniacally busy” but nevertheless asked for help with Greensill. 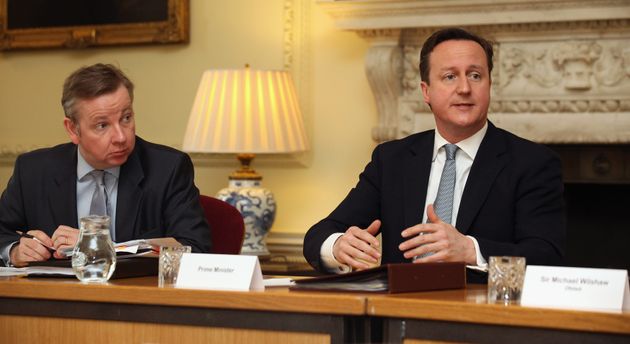 The following day and things have gone from bad to worse for Cameron.

“Again Greensill have got a ‘no’,” he tells Scholar.

His love also appears to be fading as he asks Scholar for “5 minutes for a call”, adding that the Treasury’s refusal “seems bonkers”.

In his sign-off, Cameron makes clear it is time to round-up his old Tory colleagues for support.

Yes, Michael Gove, who Cameron once described as a “foam-flecked Faragist” who “twisted” the truth while backing Leave during the Brexit referendum, in a betrayal of the former PM that led to these two old friends falling out spectacularly.

No matter, Cameron was happy to enlist Gove in his lobbying efforts, asking if the Cabinet Office minister had “a moment for a word” and adding: “I am on this number and v free. All good wishes Dc.” 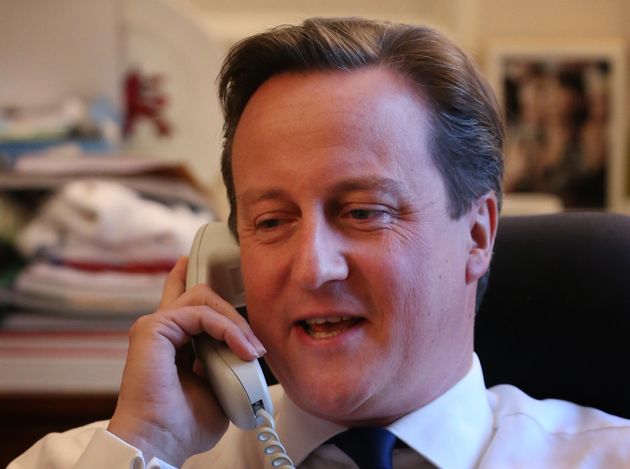 Cameron was famously a PR man before entering the Commons and rising to become prime minister.

And all his best press office skills were on display as he sent around a one page summary of how great Greensill is and why the Treasury should be keen to work with the firm.

On April 3 he sent the summary to Norman and senior Downing Street adviser Sheridan Westlake.

A day later, he manages to get the document in front of Sunak.

He followed up with a text message: “Just sent a one pager that I hope clarifies things. Really appreciate your time. Best wishes. Dc.” 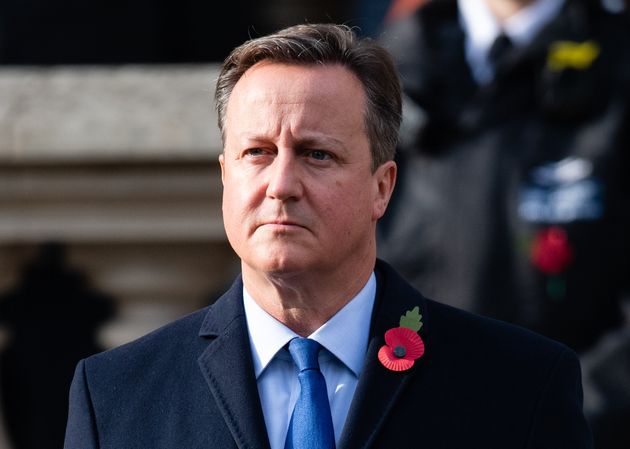 Weeks later and we are in mid-May. Lengthy discussions, including several text messages with Sunak and officials, have still not led to Greensill being granted access to the CCFF.

The discussions appear to be hung up on the fact that the firm’s work could help foreign firms with UK government cash.

On May 18, Cameron is keen to address the concerns, using a lengthy message to forward correspondence from Lex Greensill to Sunak and saying the firm “can (now) guarantee that BoE [Bank of England] funds will only be used by UK businesses”.

One minute later he explains to Sunak that he has sent “one last whatsapp with a solution”.

But it was not one last WhatsApp.

The next month, Cameron makes a last ditch bid to call on his old colleagues, texting Glen and business minister Nadhim Zahawi, who became an MP when Cameron became PM in 2010.

Cameron attempts to charm Zahawi, praising him for being “v solid in the media” before obtaining a number for a Richard Sharp.

In June, several messages are sent to Sharp, Westlake and Glen.

But by June 26, it appears Cameron’s extensive efforts have failed.

He finishes his correspondence with a text to Glen: “Thanks for your help with this. Sorry the answer is a ‘no’ but we appreciate the engagement. All good wishes. Dc.”