Global Fuel Additives MarketOutlook World Bank estimates that more than a whopping $600 million passenger cars travel the roads of the world today. Furthermore, according to the International Organization of Motor Vehicle Manufacturers (OICA), more than 97 million motor vehicles were produced in 2017 with a production growth rate of 2.36% as compared to the previous. The figure translates to billions of liters of fuel consumed on a daily basis across the globe. Now, since fuel utilizes fuel additives for several benefits such as efficiency enhancement, vehicle durability, and pollution control, this becomes a major driving factor leading to the fuel additives market growth. The fuel additives market size is $5059 million, according to a latest business intelligence report from IndustryARC, and the market will robustly grow at a CAGR of around 4.8% during the forecast period of 2019-2025. The report comprises of fuel additives market analysis with well-marshaled facts and statistics pertaining to market size, growth, and trends that are affecting the market. Fuel Additive Market Trends – Environmental Aspect and Other Factors Driving Growth Basically, fuel additives enhance octane rating of a fuel, which is a standard yardstick for measuring the performance of an engine or aviation fuel. The fuel additives act as corrosion inhibitors, oxygenates, and anti-oxidants for some fuels. Their most common applications are as corrosion inhibitors and metal deactivators. Apart from these applications, there are many other aspects that influence the fuel additives market growth. Environmental Aspect – Environmental control has been a major concern in the world for some years now. Now, the exhaust pollutant levels of the smoke emitted by vehicles have a detrimental effect on air quality. According to the findings by WHO, air pollution attributes to deaths of millions of people across the globe. These deaths are linked to the emission of particulate matter (PM), and road transport emits as much as 30% of PM in European cities and 50% in Organization for Economic Co-operation and Development (OECD) countries that include United Kingdom, France, the U.S., and 17 others. Furthermore, total pollution due to PM emitted by vehicles falls in the range 12-70%, which can affect the health of an enormous number of people. So, it has become imperative to improve the quality of vehicular exhaust in order to make air healthy for breathing. This is opening up the market for fuel additives in many countries. Environmental Regulations Bolstering the Fuel Additives Market – To ameliorate the current situation of vehicular air pollution, developed nations such as the U.S. and UK have regulations pertaining to the same. In the U.S., the Motor Vehicle Air Pollution Control Act regulates the air pollution caused by vehicles. With more than 11 million vehicles traveling on the roads of the U.S. which is 11.5% of the total vehicles in the world as reported by the OICA in 2017; fuel additives market size is large. This translates to the U.S. observing 36% fuel additives market share in the world. Refineries – A Major Boost to Fuel Additives Market Fuel additives are also added during the production stage in refineries to enhance the quality of fuel and improve the quality of fuel and to meet the fuel specification norms. It also increases fuel performance and overall profitability. This fuel can be in the form of liquefied petroleum gas (LPG), compressed natural gas, biofuel or ultra-low sulfur diesel. Now, according to the International Energy Agency (IEA), a strong world economy will lead to a significant increase in the oil demand with an average annual rate of 1.2mb/d. So, by 2023, the oil demand will reach 104.7mb/d which will lead to a rapid fuel additives market growth. China and India will contribute to 50% of the oil demand in the world. This will open up the fuel additives market in those regions. The global refining capacity is also forecasted to increase to 7.7mb/d in the year 2023, which will again lead to an upsurge in the demand for fuel additives. Performance Enhancement of Engines – The power output of an engine highly depends on the lubrication which aides to the metal contact in engines, and it enhances the engine’s overall performance. A lot of engines especially that of vehicles witness performance issues. So, fuel additives are high in demand for performance enhancement of engines. Furthermore, fuel additives also increase the service interval durations, thereby lessening the global amount of money spent on vehicle servicing. The analyst of the IndustryARC report attributes the application CAGR of fuel additives in the automotive segment to be 4.7% through to 2025. Even though electric vehicles market is envisioned to occupy the market of oil engines, the oil resources are going to stay here for a long time, and so, it is not going to affect the sales of fuel additives. Furthermore, oil engines are way more advantageous than electric vehicles in terms of performance. 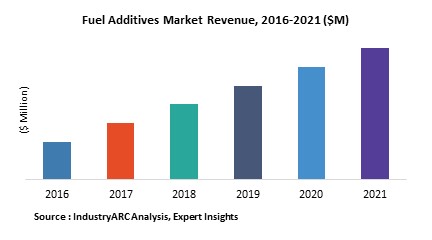 Global Fuel Additives – Market Players and Key Takeaways BASF –
Chevron Oronite – With an incessant increase in the number of vehicles across the globe, the demand for fuel is increasing. This demand is reflected by a surge in the manufacture of fuel, especially oil across the globe in various refineries. Furthermore, with depleting air quality in the atmosphere, the regulations regarding air pollution are only going to be more stringent for which fuel additives will become necessary to control the air pollution by the vehicular exhaust. So, the industry will observe a remarkable growth in the fuel market forecast period of 2019-2025.

Where teens spent their gaming money this summer

How Much Money Is Being Spent on Paper Advertising

One In Four NHS Trusts Spent No Money On Cybersecurity

Best Oil Additive For Your Engine