Posted by Joel Schroeder from huffingtonpost.co.uk·May 13

A couple who were forced to scale down their wedding due to the pandemic decided to invite Boris Johnson along for the celebration.

Lizzie Peyton, 29, and her now-husband Adam, 30, got married at Hazel Brow House in Richmond, North Yorkshire, in August 2020. Couples in England could invite 30 guests at that point, but dancing and singing were still banned.

One of the guests ensured everyone was entertained, though, by surprising the couple with a Boris Johnson piñata. The couple, who have been together four years and both work at a mental health hospital, took great relish in smashing it to bits after months of uncertainty about their wedding day. 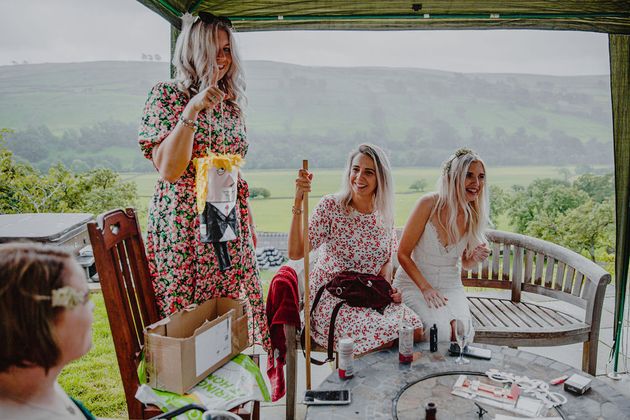 “We’d worked through the whole pandemic and we were hooked on watching Boris every night to see if there was any news on if our day could go ahead,” Lizzie tells HuffPost UK. “There were definitely points we didn’t feel like it was going to and we needed someone to vent our frustration at – poor Boris got it.

“He turned out to be the real star of our wedding day. We strung him up on a gazebo and got to vent months of stress and worry, ending in confetti and sweets for everyone. I remember Adam shouting at me at one point to watch the window as Boris was swinging about wildly while I hit him with our makeshift stick.” 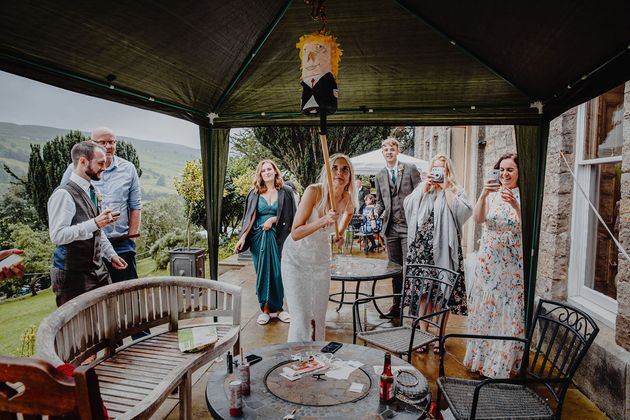 The couple were forced to wait until five weeks before their wedding day to see if it would go ahead. They’d even planned a backup date just in case, but opted not to postpone in the end.

Their day was mainly spent outside – despite the fact they also had storm Ellen to contend with – and the piñata was a big hit with the guests, who got involved in the action.

“Overall, though, the wedding was more than we had hoped for,” says Lizzie. “We beat Covid, beat lockdown and beat Boris to make our day possible.” 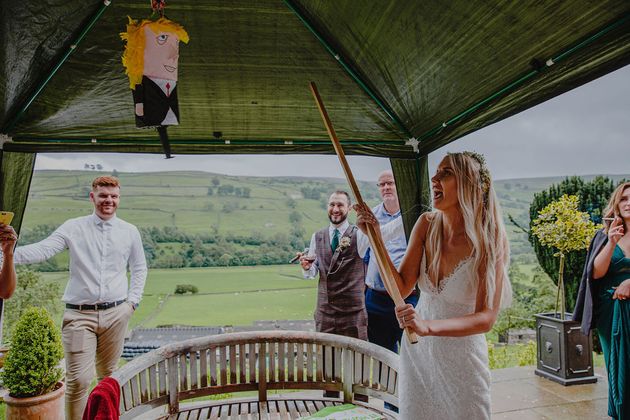 Photographer Emma Womersley, of Happy Otter Photography, took particular joy in capturing the shots and saw it as a win for the wedding industry, who’ve had to deal with Boris’ decisions – “or lack of them” – for over a year.

“I was so excited when Boris popped out of a box,” she says. “Being able to beat him with a stick seemed like the perfect entertainment for this wedding. If they hadn’t managed it, I’m sure there would have been a socially distanced queue 10 miles long of everyone in the wedding industry for the past year!” 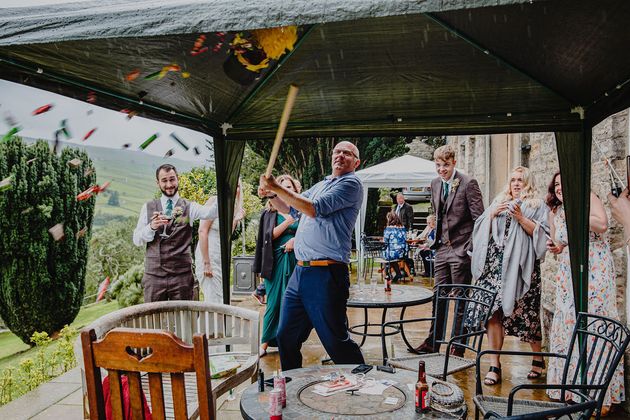 Although Lizzie and Adam got married last year, their piñata has found fame more recently, when photos of their wedding were shared on Facebook.

Jessie Westwood, co-founder of the campaign group What About Weddings – which has been calling for clearer guidelines and support for the wedding industry and couples – also shared one of the snaps on Twitter.

“For accuracy, when your Boris Johnson wedding piñata opens, there’s hot air only inside,” the What About Weddings Twitter account joked.

It wasn’t long before brides were asking where they could buy a piñata themselves, with some joking this should become the wedding trend of the year. 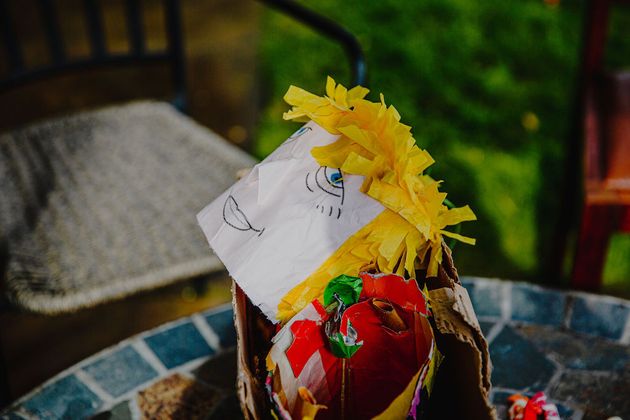 For those tempted, you’ll find a number of Boris piñatas on Etsy. But we personally favour this version sold by scousebirdshop.com, named the Boris De Pfeffal Johnson piñata.

Jokes aside, it’s been an incredibly tough year for those in the wedding industry like Womersley, who found the vast majority of her bookings cancelled or postponed due to the pandemic.

“I’ve been a wedding photographer for over a decade now, and it’s been a hard slog growing Happy Otter Photography to the level where I’m able to earn a full time living from it,” she says. “The last year has been, well, unimaginable – all that work and effort seemed to be worth nothing.” 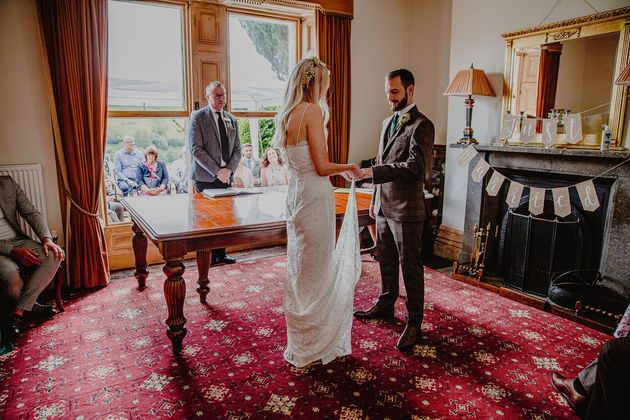 “Those few weddings that did happen have really cemented what I’ve always believed,” Womersley adds. “It is so important to savour every interaction with our loved ones – no matter how insignificant it might seem at the time.

“Weddings aren’t about the decorations and fancy venues, they are celebrations of love, and expressions of humanity, and no one, not even Boris, can stop that.”

What Is Boris Johnson Actually Good At?

Companies like Chipotle are boosting prices, but CEOs multimillion dollar pay packages aren't getting any smaller