Hundreds Of Women Forced To Wear Face Masks During Labour

Posted by William Ewing from huffingtonpost.co.uk·May 13

“I was gasping for air. I felt completely suffocated,” says Natalie Titherington, 29, from Oldham, who was forced to wear a face mask while she have birth to her daughter last December.

“I’m never going to be able to forget the feeling of not being able to breathe, and the fear and panic I felt while wearing a mask.”

Guidance from the Royal College of Midwives and the Royal College of Obstetricians and Gynaecologists says women shouldn’t be asked to wear any kind of facial covering during childbirth – whether a vaginal labour or caesarean birth –  because of the risk of harm and complications.

But a new report by BBC News and the charity Pregnant Then Screwed has found that hundreds of women in the UK were made to wear a face mask while giving birth last year.

Out of 936 women surveyed who gave birth during December 2020, 160 women said they were told to wear a face mask during labour. 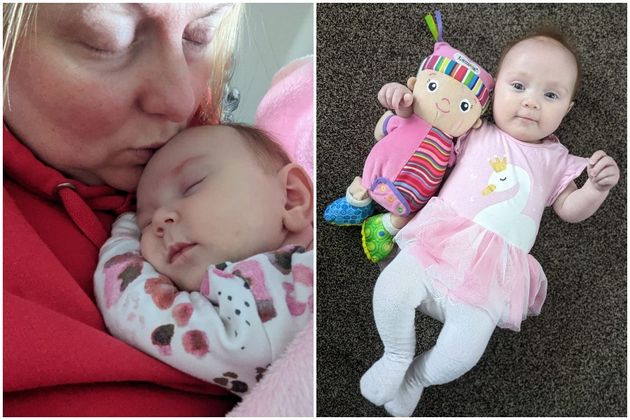 Titherington says she was made to wear a face mask while she was in advanced labour, around 8cm dilated and having regular and very painful contractions.

“Someone put the mask on me and I said ‘you can’t be serious’, and she replied ‘yes’, and then I remember having a contraction,” she recalls. “My body was already in a state of distress, and I tried to remove the mask at one point, but I was told I had to put it back on.”

She needed an emergency caesarean and was forced to wear the mask during the entire surgery.

Titherington has three children and this was her seventh pregnancy, but she tells HuffPost UK giving birth to her youngest daughter was the most terrifying experience of her life. She’s been unable to wear a face mask since, because even the sight of them is triggering.

“Seeing a mask reminds me of labour and the suffocation I endured,” says Titherington, who’s now exempt from wearing a mask. “The panic is something that still stays with me, it is something that flashes back as the worst fear I have been through.”

The guidance on face masks in labour was first published in July 2020, but a senior director of professional midwifery told BBC News some health professionals may not understand the guidance, meaning some pregnant women are needlessly asked to wear face masks while in labour.

“All health professionals from the beginning of the pandemic were having to respond to such rapid guidance and change all of the time,” Dr Mary Ross Davie, director of Professional Midwifery, Royal College of Midwives said.

“For many on the clinical front line they have found it really difficult to keep up to date with what the latest guidance is.

“I think sometimes what has happened is that some health professionals may not have understood when someone is in labour they should be exempt from wearing a mask.”

Rosie Brown, 39, from London, also gave birth in December, to her third child.

She says she was told to wear a face mask by maternity staff while she was in advanced labour. She has a condition called emetophobia, which is a phobia of vomiting, so while she was wearing the mask, she was having panic attacks. She ripped it off at one point but was told she had to put it back on.

“I felt like I was dying, because I was in so much pain,” she says. “The mask smelt like vomit and it made me really nauseous, and when I feel like I’m going to be sick, I start to panic. So in amongst the claustrophobia and the pain, I was frightened that I was going to be sick inside my mask.

“I was just so frightened and the whole thing was so scary.” 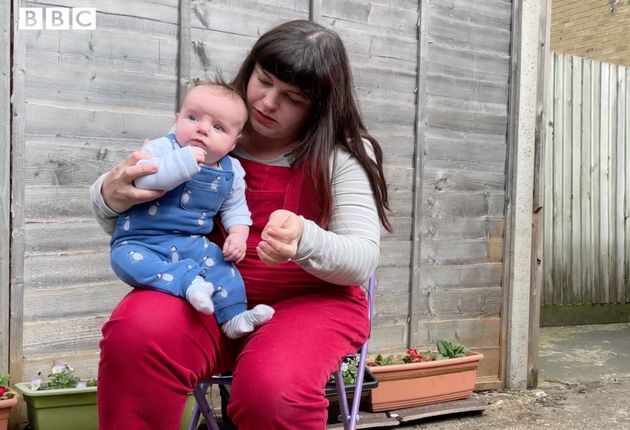 Celia Venables, head of communications for Pregnant Then Screwed, said the charity has spoken to a number of women who say wearing a mask added complications and distress for them during labour.

“We had one lady who vomited, we had others who have been unable to breathe,” she said. “These are things that are avoidable and that’s just simply by following the guidance.”

HuffPost UK has contacted the Department of Health and Social Care in relation to the report and will update this article with any response we receive.

60% of millennials earning over $100,000 say they're living paycheck to paycheck