Posted by Anthony Breedlove from huffingtonpost.co.uk·May 15

The hour-long interview is set to be filmed next month, and will cover the leader of the opposition’s childhood and career in law, as well as the past year of leading the Labour party in lockdown.

Following the announcement, Piers said: “It’s very unusual for party political leaders to submit themselves to such lengthy personal interviews and I am delighted that Sir Keir has agreed to talk to me about his fascinating life.

“It promises to be a memorable and very revealing Life Stories show.”

BREAKING: ⁦@Keir_Starmer⁩ has agreed to appear on my Life Stories show.
We’re doing the interview next week, and it will air soon afterwards. Party leaders rarely submit themselves to such lengthy personal interviews so it should be a fascinating encounter. #LifeStoriespic.twitter.com/5JfUEPdJel

ITV’s head of entertainment, Katie Rawcliffe said the forthcoming interview “promises to be a real treat for our ITV audience.”

There’s no official airdate for Starmer’s episode of Life Stories yet, but ITV has said it will air “in the coming months”

Starmer’s interview will be the first with a party leader on Piers’ show since the broadcaster interviewed Gordon Brown when he was prime minister in 2010. 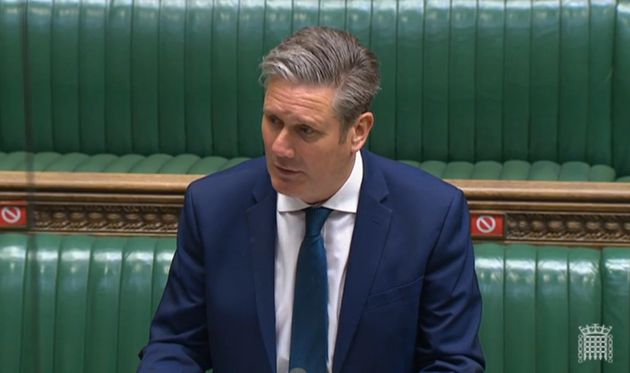 It also marks the first time Piers has filmed a new episode of Life Stories since his much-publicised exit from Good Morning Britain earlier in the year.

After five years with the ITV daytime show, Piers quit GMB in March, after it was announced that his on-air comments about Meghan Markle’s mental health had led to an Ofcom investigation.

Since then, his remarks have become the most complained-about incident in the TV watchdog’s history, with more than 57,000 contacting Ofcom about Piers’ comments.

Boris Johnson’s In A Holding Pattern On Covid, But Is Keir Starmer Too?

A Year Of Keir: Can Starmer Inject More Passionate Politics Into His Leadership?

A Year Of Keir: Will Starmer Pass His First Real Voter Test?

Meet the Cathys, heirs to the Chick-fil-A empire, who have a fortune of more than $14 billion and are one of America's wealthiest family 'dynasties'