'Delta Plus' Variant Is In The UK. Here's What We Know So Far

Posted by Ralph Vandermeer from huffingtonpost.co.uk·Jun 23 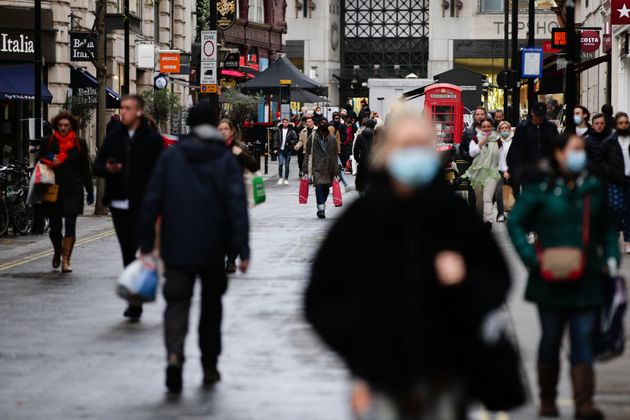 The Delta variant has mutated, meaning a new ‘Delta Plus’ variant is doing the rounds – both in India, where Delta first originated, but also the UK.

Here’s what we know so far about the new variant.

Where has Delta Plus been detected?

The mutation (AY.1) first came to light in India in April. Since then, it’s been spotted in three states: Maharashtra, Kerala and Madhya Pradesh. It has reportedly been labelled a ‘variant of concern’ by Indian health officials.

The variant has also spread to other countries including the UK, USA, Portugal, Switzerland, Japan, Poland, Nepal, China and Russia. Sky News reports that 41 cases of the new variant have been sequenced in the UK.

It’s not clear where exactly in the UK Delta Plus has been sequenced – HuffPost UK has contacted the Department of Health and Social Care (DHSC) for more information and will update this article when we hear back.

How is the variant different?

Initial studies from India suggest the Delta Plus variant could be “even more transmissible” than the existing Delta variant, which is dominant in the UK and is 60% more transmissible than the Alpha variant that originated in Kent in 2020.

Randeep Guleria, director of the All India Institute of Medical Sciences (AIIMs), told India Today the variant is extremely transmissible, and suggested simply walking next to someone with the variant without a mask could lead to it spreading.

There are concerns this particular variant could attach more easily to lung cells. Guleria said the Indian government is worried about the immune escape mechanism of Delta Plus. As such, studies are underway to determine whether vaccines are still effective against this mutation.

In the meantime enhanced testing, contact tracing and vaccination are underway in areas in India where Delta Plus has been discovered.

Should we be worried?

“At this stage there is no particular cause for concern,” says Francois Balloux, Professor of Computational Systems Biology and Director at University College London’s Genetics Institute.

“It has been found in several countries but has remained at extremely low frequency, with the exception of Nepal.”

Prof Balloux says cases of Delta Plus in the UK remain “at a very low level” too.

“Given the tiny number of strains reported, nothing is known about the transmissibility, immune evasion or lethality of the Delta Plus strain,” he says.

“Though, given that it has remained at very low frequency everywhere where it has been identified strongly suggests it is not more transmissible than its Delta progenitor.”

How Coronavirus Injected New Life Into The Anti-Vaxxer Movement

These two banks face the biggest risk from Vodafone Idea