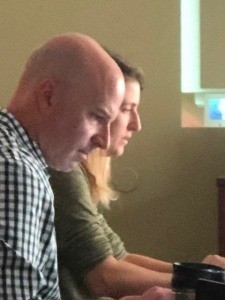 A lot is written online about how to market a book, and some internet gadflies have talked about the potential of social media and downplayed the value of traditional marketing. But the fact is book publicists continue to play a crucial role in promoting the most successful books. There is no doubt that authors who use social media effectively give their books a promotional boost. But it alone is rarely enough to bring success. Social media channels are optimally used to build a following and communicate with fans. While it's possible to promote a book on social media, there are does and don'ts to follow.

When social media posts are at their best, they increase an author's visibility and credibility. They're often a calling card of sorts and are checked by the media while deciding whether to cover an author or book. It's why taking posts seriously and keeping accounts active while not over-posting is crucial. Attracting a sizeable following is also an issue today, and the media want to interview people with large followings to cross-promote their shows and websites. If an author has a small social media following, it can rule out some media that will only deal with those whose followings meet a specific threshold.

Avoiding dormant accounts is a requirement. There is no exact number for posting, but a minimum of once a week is a rule of thoub. It's optimal to post more often, but only when you have something to say or contribute. Opinionated posts about non-controversial topics work for some people but only do it if you know yours will be well received. If you want to sell books, it's wise to avoid controversial topics like politics. Posts that offend specific segments of book buyers can reduce your sales. The only exception is authors who write about politics, and then such posts are expected content -- do what's best for you.

To succeed on social media, it's also crucial to avoid some common pitfalls. For example, you can't be overly promotional. Your posts need to be fun or helpful and only occasionally or indirectly include plugs for your book. When you authentically engage with followers, it builds goodwill and interest that can help sell books over time. It's also a wise idea to avoid negative conversations and instead keep your topics upbeat and friendly. While you might occasionally mention something from your personal life, it's better to keep your author account about business; have a separate personal account if you enjoy it.

What to Expect from the New Federal Overtime Rules

Instagram's Extending the Threshold for Stories Content to the Last Week

Why Author Bios are So Important

The Brilliance of Blogs for Promoting Your Book