Black Widow Theory: What Captain America’s Role Can Be

Black Widow is an upcoming superhero film in the Marvel Cinematic Universe. This movie is also based on Marvel comics, just like the other MCU movies. In this film, the famous Hollywood actress Scarlet Johansson is playing the role of Black Widow/Natasha Romanoff. This film is directed by Cate Shortland and produced by Kevin Feige. For the first time, Scarlet appeared on the big screen in the movie, Iron Man 2, in the year 2010. From there, she gained a huge fan following, popularity, and fame. Later, she became an essential part and the first lady superhero of the team Avengers. Black Widow is going to be the first solo movie of Natasha Romanoff/Black Widow. 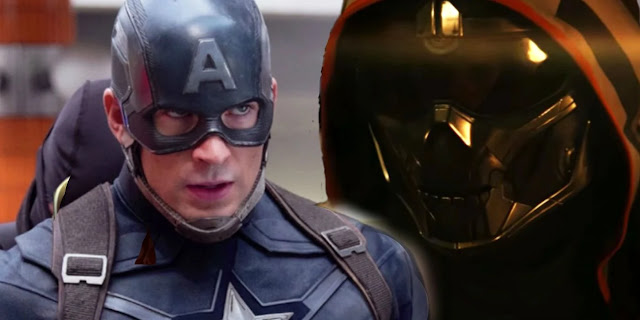 After a long journey in the Marvel Cinematic Universe, Scarlet finally got a chance in her first solo movie for MCU. The storyline of the film is the time and events between the film, Captain America: Civil War and Avengers: Infinity War. Steve and Natasha first met in the movie The Avengers. They shared a very different bond as compared to the other members of the team. Black Widow was also involved in the last two solo movies of Captain America.

Where Captain America During The Events Of Black Widow

During the time between the films Captain America: Civil War and Avengers: Infinity War, Captain America refused to sign the Sokovia Accords along with his other mates, and all were separated at the end of the film. Hawkeye and the Ant-Man had a deal with the government to be with their families. Steve kept himself busy in these two years before Thanos came to the Earth to acquire the Infinity Stones.

Natasha was at Steve’s side during the film, Captain America: Civil War. She was seen already with Captain America and Falcon without showing in the movie that when Steve joined them. In the upcoming film, Black Widow, it may be possible to know when Natasha contacted Steve Rogers to join them by the end of the movie.

How Captain America Can Feature In Black Widow

Natasha Romanoff shares a more personal friendship bond with Hawkeye and Bruce Banner/Hulk. She also had a romantic scene with Bruce Banner. It could be a great idea to reveal the hidden fact that when Captain America joined Natasha Romanoff. Even there is a possibility that Steve can play a small cameo in this film.

It could be great news for the fans who want to see Captain America once again in the Marvel Cinematic Universe if he plays even a small cameo role in the upcoming film, Black Widow. It would also not create any issue in the continuity of the series. However, if we consider the movie Avengers: Endgame, then there are nearly impossible chances of giving a physical role to Captain America in Black Widow. It might create problems in moving the story onto Phase 4 if Marvel brings back Steve Rogers. To enter onto a new Phase, Marvel has to leave Captain America behind. It would be the probable reason for Captain America not appearing in Black Widow.

How to Buy the Best Postal Tubes at Affordable Prices?