By introducing Marvel-theme events, Fortnite has brought the challenges and entertainment in the game. Now players have the opportunity to dominate the battleground by using some iconic weapons. Chapter 2, Season 4 brought several interesting weapons and skins of Marvel characters. The following event is going crazy among players because players are allowed to unlock these weapons and skins permanently.

Some weapons are powerful, and some are good for showing off. However, an “Energy Rifle” is currently in the spotlight which is related to Stark Industries. Stark Industries Energy Rifle is a weapon that perfectly fits to eliminate the enemies and for showing off. The fan-favorite Iron Man designed this weapon. The majority of players desired to have a powerhouse weapon to put extreme damage on the opponents in less time. This weapon is similar to what players desired. This Energy Rifle is perfect for hunting down the enemies because it’s a single-shot weapon that puts extreme damage on mid-range. Since this weapon has great firepower, it is one of the best weapons of Season 4 for mid-range attacks. However, you can’t find it in any random areas, and you have to explore some specific areas to acquire Energy Rifles. 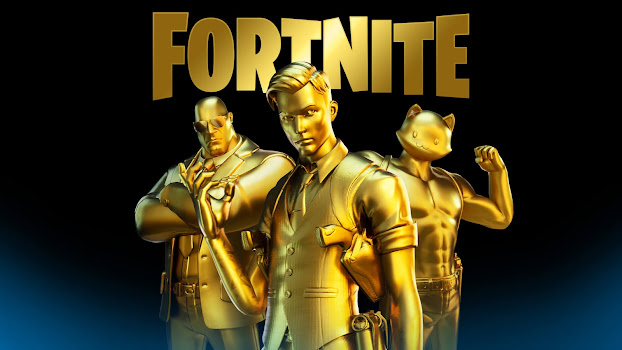 At the beginning of the battle royale game, you will find some “Quinjets” of Tony Stark flying at the back of the battle bus. Once those Quinjets land on the ground, you can see their location on the map. You simply have to open the map and find the white icon to locate the exact location of Quinjets. The location of the jets will never be the same. You will find them at different spots after you begin a new game.

After you come around those jets, you will find some Stark bots. Every Stark bot you eliminate will drop the Energy Rifle. You can get its rare variant easily, but to acquire legendary and epic variants, you have to go to the upgrade station.

When you obtain the Energy Rifle, don’t leave the Quinjets. Soon you will see some drones coming and flying around you. There you just need to shoot down those drones because they contain heavy loot. After you shoot those drones successfully, you can have the dropped loot. In the loot, you can get some items and weapons. If you reach there early, you might encounter some other players as well.

Usually, those drones provide regular loot to players, but if you are lucky, you can get some fresh new weapons of Season 4. The Bramble Shield of Groot, the Surfboard of Silver Surfer, and a few more weapons can be earned through drones. Groot’s Bramble Shield provides perfect protection that enables the players to move around the map freely. On the other hand, Surfboard will launch the player in the air just like a LaunchPad.

Through the current Marvel-themed event, Fortnite gained a great response from the players. In the past, there were few events that players didn’t like, but this event is said to be spectacular. However, it’s just the beginning of Season, and Fortnite will reveal more great surprises in the future.

What Will Be The Best Ways To Play Bingo?

Physical Vapor Deposition Market is projected to register a substantial CAGR of 6.4%

Types of Duct Insulation For Your Home Or Commercial Building