A Complete Review of Oculus Quest 2

Facebook didn’t expect that the Oculus Quest would do so great when it was announced in September 2018. Even Facebook failed to keep it in the stock properly. Its affordability and ease of use brought a tremendous response from the gaming community as it was sold in large volumes. 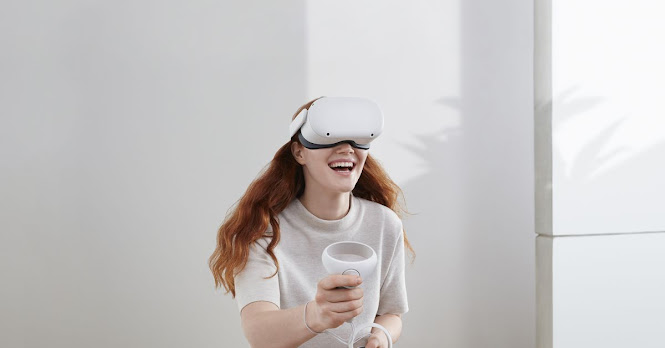 Since the launch of Oculus Quest, Facebook has already acquired a vast number of VR game development studios. With the Oculus Store, it has also brought various developers onboard and has effectively played an essential role in changing the individual’s perspective of the standalone VR.

It offers enhanced designs and features loaded in a much compact and lighter headset compared to its predecessor. The Oculus Quest 2 offers a much higher-resolution display, alongside its brand new lenses, and redesigned controllers, and other accessories.

One thing that makes the Oculus Quest 2 more noticeable is its price. The Oculus Quest 2 comes at a $100 lower cost compared to its predecessor. If you go for its more expensive variant, you get double the storage.

The Oculus Quest 2 is expected to have huge improvements over its predecessor. The VR also promises to get even better over time. However, Forced Facebook integration will upset a vast number of people. Other than that, this will become one of the most incredible VR experiences that you would ever have.

Oculus Quest 2 has a vast number of improvements in terms of its performance. The VR offers an impressive image clarity and that too, at an unexpected price. Oculus Quest 2 is a portable, easy to set up and use tool with many developer support. However, its IPD adjustment doesn’t work for every individual. It has display levels lower than its predecessors. You would be forced to log in to Facebook before performing operations. Also, the battery life of Quest 2’s might be disappointing for some users.

Quest 2 is a standalone VR console similar to the Xbox, Nintendo Switch, or the PlayStation. You don’t need a television to go through it, but if required, you can get a flat version of what is happening in VR. You can do it by casting to smart TVs and Google Cast devices.

You will have to sign in with your Facebook account with the help of the Oculus app through your smartphone. When you log in for the first time, you will have to decide if you want VR experience in seated or in the standing position.

You can access games and apps from the official Oculus Store, via Quest 2 or the Oculus app.

In the main Quest 2 box, you get every accessory that you will need for playing. You get the main Oculus Quest 2 headset unit, a USB Type-C cable, two controllers, and a charging adapter to plug into an outlet. That’s all you will need to have an incredible VR experience.

The Oculus Quest 2 has a sharp resolution of 1832 x 1920 with a refresh rate of 90Hz. It offers a bright RGB-stripe display. It has 50% more pixels compared to its predecessor. This higher amount of pixels would let you know how much crisper your display looks. You will get a more immersive experience with this display.

The Quest 2 offers a Qualcomm Snapdragon XR2 Processor with a high-speed RAM of 6GB. The Quest 2 comes in two storage variants: the first one is the 64GB variant, and the other one is its 256GB. It is a truly wireless device and offers connectivity options like Wi-Fi 6, and low energy consuming Bluetooth 5.0. The VR console has two connectivity ports USB Type-C and 3.5mm audio jack. It offers built-in speakers and also supports headphones.

This VR headset has a rechargeable Li-Ion battery that comes built into the headset. The battery of the Quest 2 VR can last up to 2-3 hours of continuous gameplay. The Quest 2 VR has dimensions of over 191.5 x 102 x 142.5mm, and it weighs over 1.1lbs/503gms.

If you asked us whether you should go for Oculus Quest 2, we would say, yes. A definite yes. This is because the Oculus Quest 2 is Facebook’s latest standalone VR headset. Being the newest innovation, it offers better ergonomics and graphics with a more immersive experience with faster loading.