Konohamaru has been an essential character since he is the mentor of Team 7. Sarada, Boruto and Mitsuki have learned a lot in his tutelage, and he does deserve all the limelight that he gets. He was once a Naruto fanboy who wished to follow his footsteps and become the Hokage. However, he is not as strong as he might like and just recently in the Hashirama cell recovery arc, he along with Mugino was beaten up by Victor. But it would be unfair to judge him on only one fight when he has done well most of the time. Following the footsteps of Hiruzen Sarutobi, the Third Hokage who was also his grandfather and Naruto, he has become a great shinobi. Though he is, without a doubt, very tough and robust. In the latest episode he has proved that he is not very intelligent or strategic. 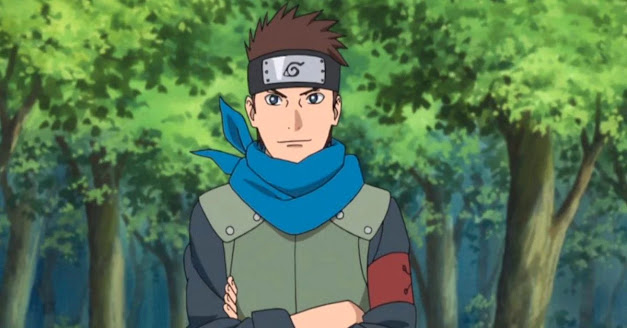 Naruto and Shikaramu sent Mugino and Konohamaru for a much diplomatic interaction with Victor who turned out to be a Kara agent. Since their village has no political power in the Land of the Valleys, both of them have been told not to be hostile towards Victor or his allies. Since their actions can be seen as an act of war, they are supposed to not attack in any case. However, they know that they have to somehow find proof that Victor has been plotting some sinister plans with the Kara organization. But the biggest challenge they face is to remain anonymous while they gather evidence since spying could be categorized as a political assault and can be bad for relations with the village.

When they meet with Victor, they do as they are told, however, the Kara agent makes it very clear that the DNA is his property so they should expect that they somehow get it from him. Even though Konohamaru tried to make the case that the DNA was taken from the first Hokage, Hashirama, Victor couldn’t care less as he appears ready for a legal battle. After failing to convince him diplomatically, they are escorted by his assistants outside the Land of Valleys. However, Mugino and Konohamaru are not ready to give up that easily as they sneak around the facility looking for evidence that will prove that Victor is a thief. But it seems like a rash move on their part since they run the risk of getting caught which would have far-reaching political implications.

Both of them should have had an in-depth discussion over this before they made their move and went into the facility looking for clues. Their actions make no sense, and since Victor and his company are known for tech, there must be cameras there to look for intruders. Konohamaru has risked too much by leaving clues, and if Victor suspects that there has been a break-in in his facility, he will check if the camera caught something. Such evidence can be proved ruinous for Naruto and his mission.

The most disappointing thing about the whole mission is the sheer lack of presence of mind from Konohamaru. He had used his transformation jutsu to appear like a doctor when he tricked everyone in the Sakuya’s Temple in the Land of Silence to get their hands on the DNA. So, there was no reason that he could not have done the same in this case as well. It seems he went there with no strategy and made a huge mistake as he exposed their mission. By going there, he has done what Shikamaru has told them not to; the failure to use their only weapon in such a situation has not put them at the risk of getting caught. It will be intriguing to see what happens afterwards as Mugino and Konohamaru have exposed themselves in the facility.