October is here! And it means the season of witches, ghouls, and witches. The shows and movies that go bump in the night have their fair chances during the Halloween season. It is an official family and friends time to watch horror films together. 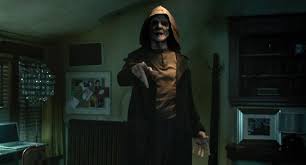 Filmmakers are fascinated by the idea of demonic possession for years after Linda Blair twisted her head like an owl. In the horror film genre, the demons are in the central character, and honestly, it sells! And if fans are looking into the realm of dark spirits for this spooky season, then go through the whole list of best movies based on demonic possession.

The horror genre has a different fan base because of the movie’s religious nature and graphic contents. Such films have affected their viewers in many ways. It can be entertaining and terrifying both at the same time.

So read the whole article and choose the best preferable one for you.

Hereditary is a horror movie directed and written by Ari Aster. It was his directorial debut project. The film stars Alex Wolff, Toni Collette, Gabriel Bryne, and Milly Shapiro.

The story’s plot centers around a miniature artist Annie Graham, who lives with her family in Utah. She and her husband, Steve, have 13-year-old daughter Charlie and 16-year-old son Peter. During the funeral of her mother named Ellen, Annie explains their fraught relationship and also spoke about her mother’s private life. And after a week later, she sees an apparition of her mother in the workshop, and later Steve informs Annie that Ellen’s grave had been desecrated.

In the midway of the film, a disturbing event occurs that works as a catalyst for escalating the horror in the screenplay. The performance of all the actors in the movie is beyond perfect and gut-wrenching. Hereditary received an approval rating of 89% on Rotten Tomatoes based on 368 reviews with an average rating of 8.2/10. It got many awards, including Chicago Film Critics Association Awards for Best Actress and Most Promising Filmmaker. If you are looking for a spooky film, Hereditary should be on your consideration list.

Insidious is a supernatural horror movie written by Leigh Whannell and directed by James Wan. It stars Rose Bryne, Barbara Hershey, and Patric Wilson. The 2010 film is the first installment of the Insidious franchise, and it was released on 14 September 2010 at the Toronto International Film Festival.

The movie’s plot revolves around the married couple Renai and Josh Lambert, who moved to their new home with their children, Foster, Dalton, and infant daughter Cali. Then on night, Dalton experienced some paranormal activities and was frightened by something in the shadows. The next morning he falls into a coma and is shifted to hospital.

Insidious got an approval rating of 66% on Rotten Tomatoes based on 175 reviews, with an average of 5.97/10. However, critics remarked it as “a very fun and scary haunted house thrill ride, apart from its shaky final act.”

The plot of the film revolves around the corpse of an unidentified woman. The body is delivered to the coroners’ office to find the cause of her death. Tommy (played by Brian Cox) explains to his son that, initially, coroners are used to tying bells to the bodies to ensure that the body is dead.

And as Austin and Tommy start performing the autopsy, they become very confused. The body has no external trauma, but her ankle and wrist bones were shattered. Her tongue has cut out, and one of the molar teeth is missing. One thing leads to another, and both the coroners were terrified by all these incidents.

The Autopsy of Jane Doe got a terrific response from audiences and as well as from critics. It received an approval rating of 87% on Rotten Tomatoes based on 103 reviews, with an average rating of 7.02/10. The critical consensus calls the film “a smart movie, but a suggestively creepy thriller.”

The Conjuring is a supernatural horror film written by Chad Hayes and directed by James Wan. The movie is inspired by the true story of The Amityville Horror story. The first movie of the franchise was released on 19 July 2013, whereas the film’s sequel released on 10 June 2016 titled, The Conjuring 2, and the franchise will release the third film in 2021.

The story follows Carolyn and Roger Perron, who moved into their new house in Harrisville, Rhode Island, with their daughters Christine, April, Andrea, Cindy, and Nancy. Within the first few nights, the paranormal activities start to occur; all the clocks stop working at 3:07 AM, birds flying into the windows, and their pet dog, Sadie, found dead in their backyard. The family then decides to call demonologists Lorren and Edward Warren, who helped them to get rid of the evil spirit.

The Conjuring received an approval rating of 85% on Rotten Tomatoes based on 218 reviews with an average rating of 7.2/10. Entertainment Weekly’s critics, Chris Nashawaty, gave the movie an “A-” and said that the sound effects of shocks and the film’s overall mood never feel cheap.

Sam Raimi’s supernatural horror movie The Evil Dead has a different approach towards demonic possession. The film’s plot followed Michigan State of University students who took a trip to a remote cabin. During the trip, they found an ancient book titled Natural Demanto inside the cabin. And after playing a recorded tape, the evil spirits are released upon the area.

You can watch your preferred movie from the list and celebrate this spooky Halloween with your family and friends.

Best TV Series To Watch On Netflix in 2020

3 Reasons Why Your Business Needs SEO

Get the finest information about EcoTest COVID-19 antibody test