Dev Patel to Star in True-Crime Movie with ‘I, Tonya’ Director

According to some sources, Dev Patel has joined in the upcoming Craig Gillespie’s project. The movie will be about the 1980s male strip club Chippendales.

Gillespie’s previous true-crime-based project I, Tonya franchise, was released on 8 December 2017. The movie was a biographical sports black comedy movie written by Steven Rogers and directed by Gillespie. Actress Margot Robbie stars as the protagonist Harding. Robbie also has produced the film. 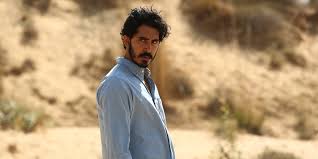 The movie was based on the true and contradictory interviews of Harding and her ex-husband Jeff Gillooly. The characters in the film are shot in a mockumentary style and break the fourth wall. The movie received an award for Best Supporting Actress at 90thAcademy Awards and 75th Golden Globe Awards.

According to Deadline’s reports, both director and star have interest from several studios in the project and was developed by the producer David Permut from Permut Presentations. In the upcoming movie, Dev Patel will be playing the character of an Indian American entrepreneur, Somen “Steve” Banerjee.

Patel is widely known for his character of Jamal Malik in Slumdog Millionaire, directed by Danny Boyle, and was nominated for BAFTA Award for Best Actor. He also starred in the commercially successful rom-com Exotic Marigold Hotel. Patel also appeared as the famous mathematician Srinivasa Ramanujan in his biopic The Man Who Knew Infinity. His hard work and the excellent performance itself speaks enough that Gillespie has chosen the right actor for his next project.

The movie’s plot revolves around Steve Banerjee, who bought a nightclub in Los Angeles called Destiny II and transformed it into Chippendales. They designed the signature collar uniform and cuff for the Chippendales dancers.

Soon, Chippendales became one of the multi-million dollar organizations in the ‘80s. They were getting profits from calendar sales, club shows, and touring performances. However, it did not stay long, as Snider killed Stratten in a murder-suicide. The crime was adopted by the famous Bob Fosse’s movie titled Star 80, starring Eric Roberts and Mariel Hemmingway. Meanwhile, in plots to kill two former Chippendales dancers and two of his former partners, Banerjee became entangled with the case. Before, he pleaded guilty in the 1990s for murder-for-hire slaying former choreographer Nick De Noia.

Ben Stiller was also a part of the movie as the choreographer and Banerjee’s business partner De Noia. Since the film production is continuously delayed, Stiller backed out from the project leaving the role open.

However, filmmaker Gillespie finished production of Cruella, which is an adaptation of the novel The Hundred and One Dalmatians, starring Emma Stone. The movie is scheduled to be released next year. And Dev Patel is busy with his project of David Lowery’s upcoming dark fantasy movie, The Green Knight, which is expected to be released in May this year but postponed due to the global pandemic COVID-19.

Fans are impatiently waiting for the upcoming movie after the tremendous success of Gillespie’s previous true-crime based film. I, Tonya got an approval rating of 89% based on 377 reviews on Rotten Tomatoes, with an average rating of 7.89/10. And on Metacritic, it scored 77 out of 100 based on the 47 critics, which indicates “generally favorable reviews.”

However, the film’s production work is on hold, and we hope the team will soon start the shooting.

How to use emojis for my brand?

What You Should Know About Boss Laser - Reviews, Feedback, Ratings