Indie game or an independent video game is a video game developed or created by individuals or other development teams on a smaller scale. These games depend on the size and budget of the developer required to create them. These games are typically different from the other available high-end games in the market. However, some indie games have a wide range of features and can compete with a high-end game.

Here are some of the best indie games in style and gameplay. 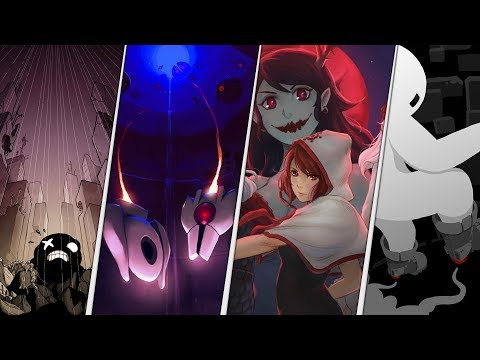 Cuphead is considered one of the best indie games available for you. It is a challenging game to play that comes in stunning design. It is a battle shooter game and has excellent watercolor backgrounds and colorful themes. It allows you to collect useful coins by eliminating enemies in the Run and Gun stages. It has more than 1900 animation styles. It is an action-filled game, and you have to encounter every boss during the fights to move ahead.

The Binding Of Isaac

The Binding Of Isaac is another indie game available for you. In this game, the player is a little boy named “Isaac,” and he is afraid of his mother, a very religious person. There are religious overtones all over the game. You have to eliminate the demonic enemies. At the beginning of the game, you will have only “tears” as a weapon, and later you will find plenty of weapons as the game goes on. The game includes a lot of enemies, bosses, and items.

Stardew Valley is a great and fun-loving indie game, which is a peaceful farm simulator. The concept of the game involves cultivating, farming, and raising livestock. The game has very soothing music for all seasons. This game also includes your love interests. It allows you to reveal many secrets and has 12 potential marriage candidates. It will enable you to access multiple control options. The game also includes dangerous monsters and a lot of treasures.

Celeste is an excellent, challenging, and beautifully crafted indie game. The main character of the game is Madeline, who struggles with the issues of mental wellness. And the game revolves around Madeline and the destroyed state of the Celeste Mountains. This game runs on a 2D platform and allows you more than 700 screens to survive. This game also comes with unique gameplay and incredible music.

After discussing some of the best indie games in both style and design, we have concluded that there is a wide variety of indie games available for you, but all of the above-discussed games have been considered the best of all. If you are an indie game fan, you must play one of these games as they are challenging, entertaining, beautifully crafted, and have unique gameplay.