There are hundreds of if not thousands of PlayStation 4 games in the market. Some of them are free, and some of them are not free. But not all the games are created equal, which makes it very difficult to find a fantastic PlayStation 4 that you can play on your PS4. So, to help you out, we are sharing with you five best PS4 games that you can play on your PS4, and the best part is that all of them are free. Amazing, right? So, let us learn about these fantastic games in detail.

Apex Legends is a phenomenal battle-royale game that is developed by Respawn Entertainment. The game is set in the Titanfall universe, where you and your squad (consists of 2 members) team up to battle against other squads for fame, loot, weapons, and armors. The game features a large collection of legendary characters, dozens of powerful weapons, an innovative combat system, 3d graphics, and fantastic sound effects, and exciting seasons that you can complete to unlock new powerful legends, weapons, loot, etc.

Overall, it is a phenomenal battle-royale game that will make you fall in love with it. So, do play Apex Legends on your PS4 if you love to battle royale games.

Do you like to play MOBA (multiplayer online battle arena) games like League of Legends or Arena of Valor? If yes, then you will surely love to play Smite. The game revolves around mythological characters or gods/goddesses, and you and your squad play the character of these mythological icons/characters for defeating your enemies. For example, you can play the character of Medusa and turn your enemies into stones using your powers. Amazing, right? 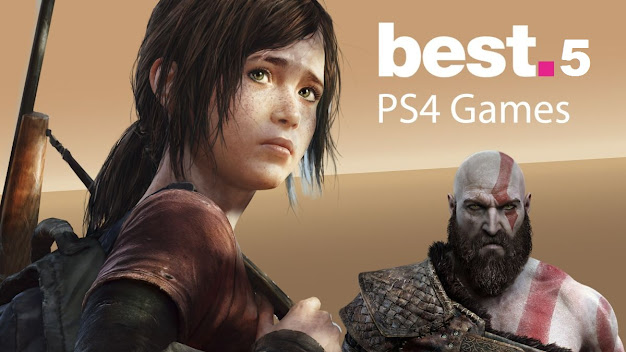 Besides, this game features 100+ mythological icons, fantastic combat system 3d graphics along with excellent sound effects, diverse game modes, tournaments, and much more. So, if you love to play MOBA (Multiplayer online battle arena) games, then you will surely love this game too.

Warframe is a role-playing action game. In the game, you play the character of Tenno (an ancient warrior) who for many centuries was in a deep sleep but was awaken at that time when the entire solar system was burning in the flames of war, and now you must fight with Grineer(a race of self-replicating machines) using your warframes(robot armor which provide Tenno unique abilities and powers) to restore peace.

Besides, this game features more than 40 warframes that provide you unique abilities and strength, 300 diverse weapons that you can use with your robotic armor, face-paced combats, 3d graphics, stunning sound effects, and much more. Overall, it is a fantastic role-playing game that you can purchase and play on your PlayStation 4.

Neverwinter is a great massively multiplayer online role-playing game that was first released in 2016 for PS4 by Cryptic Studios. The game is based upon Dungeons and Dragons, which is another classic role-playing video game. In the game, you get the opportunity to play as your favorite Dungeons and Dragons character using which you defend and explore Neverwinter (An imaginary city from the Dungeons & Dragons-Forgotten Realms campaign setting).

Besides, this game features an engaging action combat system, 3d graphics with phenomenal sound effects, iconic locations of Neverwinter, dozens of classes, epic encounters, etc. Overall, it is an awesome game that you must check out if you own a PS4.

DC Universe Online is another popular PS4 game (Set up in the DC Universe) that was released by Daybreak Game Company and WB Games in the year 2013 for PlayStation 4. In the game, you get the opportunity to fight against classic DC Universe villains like The Joker along with legendary DC heroes like Superman, Batman, Flash, Wonder Women, etc. You can also create your own superhero or villain in the game and fight against him, along with other DC heroes.

Besides, this game features an engaging action combat system, 3d graphics with phenomenal sound effects, legendary DC Universe villains and heroes, etc. So, do check out the game if you are a DC fan.

There you have it, guys, five best free to play games that you can play on your PlayStation 4. So, make sure you check out these fantastic free games if you are someone who is looking for new games to play on his PS4. You won’t regret it. Do you know some other fantastic free to play PlayStation 4 games? If yes, then do share their name with us in the comment section below.